Free
Estimate
Shop Now
Please note that we currently have a large number of golf simulator screens in our production queue.
As such, please assume 4 - 8 weeks for delivery of these screens.

Heavy Duty Tarps was proud to be involved in Warner Brothers' promotion of its upcoming movie 'Fantastic Beasts And Where To Find Them', the new Harry Potter Prequel.  A briefcase is featured in the movie where fantastic creatures from around the world are stored.

In true Hollywood style, Warner Brothers decided to create a "supersized" 50' x 35' reproduction of the magical briefcase to promote the release of the movie. Plenty of cast members were on hand at an event held on November 8 - 9 in Toronto including movie leads Eddie Redmayne and Katherine Waterston.

Less than a month before the media event, Heavy Duty Tarps was contacted by Topshelf Industries, a Toronto firm that specializes in building sets and scenery for television, film and special events. We were engaged to create the main "skin" of the briefcase. This was made using brown 16 oz fire retardant vinyl. Black vinyl panels were also assembled to cover parts of the inside of the briefcase "building". After the event, Perry Frigault from Topshelf sent us some photos and writes "Thanks for all your help on this project. Everyone was extremely satisfied." 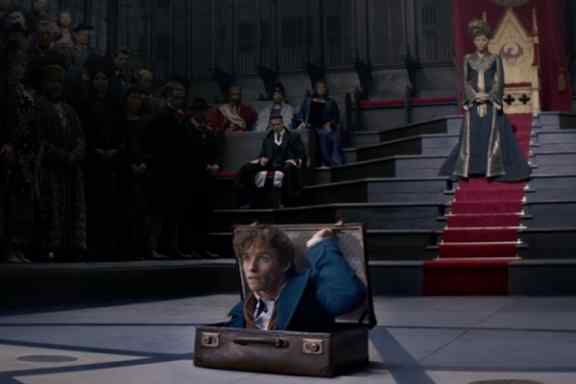 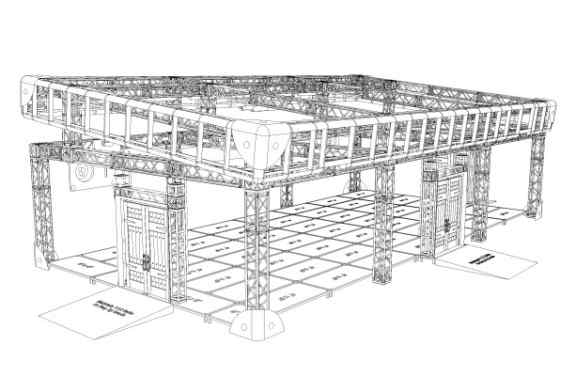 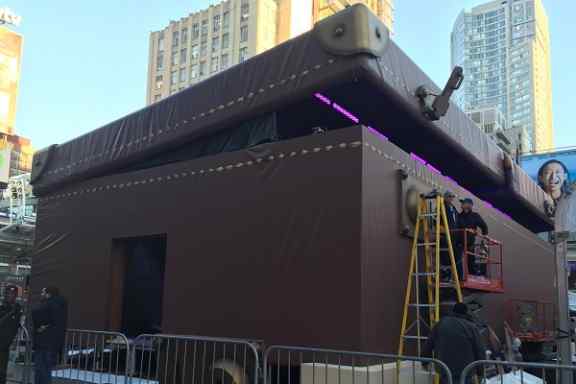 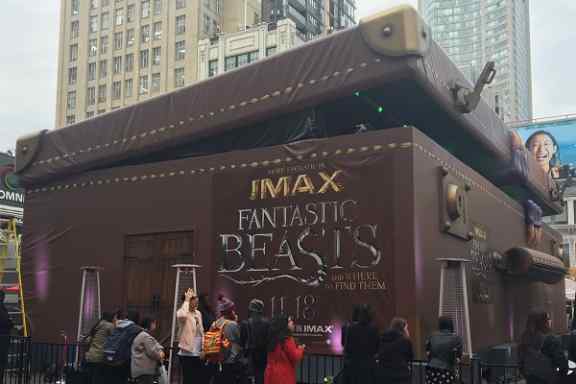 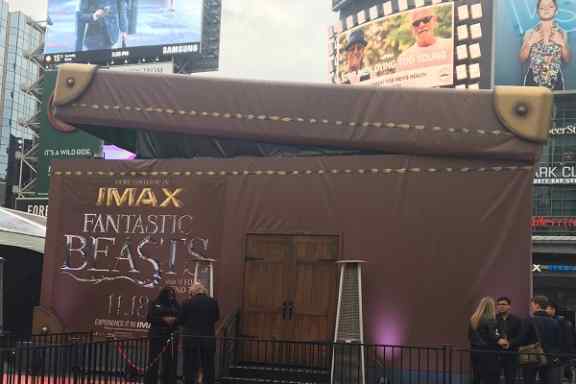 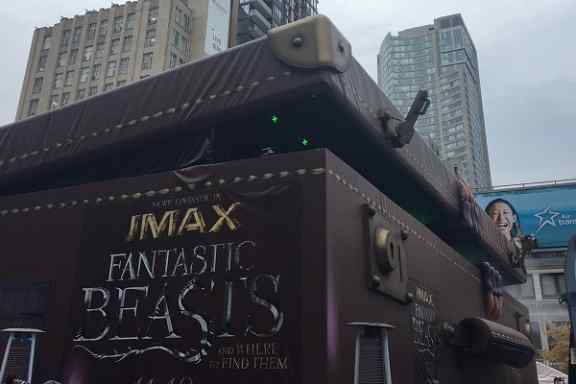 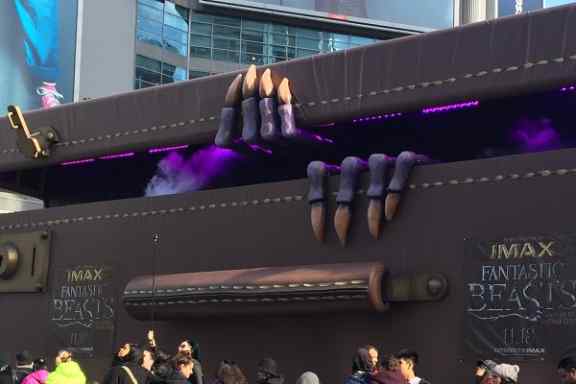